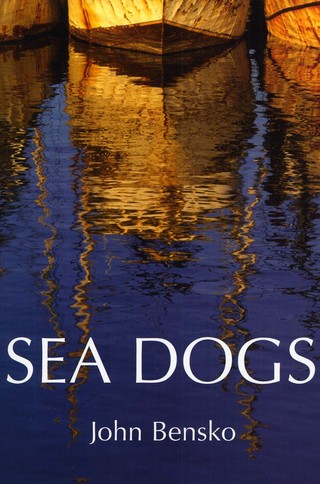 Languid summer days and nights develop unpredictably in Sea Dogs, John Bensko's imaginative debut collection. He takes us from the remote interior of Mexico to the streets of New York, and lingers in the harbors and beaches of the coastal South. In the least likely places, the absurd and mysterious mingle with the ordinary, and Bensko's emotionally adrift, quirkily obsessive characters find the connections they never knew they needed.

A mother discovers her distant, retiring young son's secret collection of eerily beautiful insect corpses. A blind man proves himself a preternaturally talented fisherman, humiliating a guide who doubts his skill. And in the title story, a security officer at the Statue of Liberty who spends his days rescuing panicky visitors halfway up the stairs considers himself a swashbuckling pirate.

With charm and subtle wit, Bensko's stories seamlessly shift from the real into the fantastic and reveal the magic and mystery that simmer just beneath the surface of our lives.

From the title story: Maybe it comforts you that the high seas and the romantic past are the only places you'll run into us, as if we're no more than pages in a book. Think again. We're no dream. I, Morales, am king of the pirates. I am at your doorstep.

From "Tequila Worms": Me and Huey were on the back deck breaking out the chum when we first seen them come on board. There were five of them, a long dorky-looking kid with Coke-bottle glasses, a woman with a body like a pear and the head of a baby, two big black ones that looked like twins and were drooling down their chins, and then this old man in a captain's hat. He was the one that got to me. He wasn't goofy-looking like the rest of them. But he was blind as a tequila worm. I don't mean drunk, I mean blind like his eyes had been sucked into little wrinkly lines.

When they first come down the plank I thought they were a joke that Pud was playing on us. I just couldn't imagine his signing them on for real. I mean, my god, after all it's his boat…

"Sea Dogs is a debut collection of stories of stunning originality. John Bensko knows the inner landscapes of a strange and wonderful range of characters who command our attention from the first words to the last. And Bensko's Yale-Series-of-Younger-Poets pedigree is clearly evident. He seems incapable of writing a bland sentence. I love this book." —Robert Olen Butler

"Sea Dogs is casual and deft, as if the stories were handed over by a brilliant friend who has nothing to prove but has seen it all. Smashing. Bensko has gone to a whole new mode of storytelling." –Barry Hannah

"A beautiful book by an astonishingly gifted writer with the uncanny ability to see, in the chaos of human experience, the luminous contours of myth. An authentic original." –Steve Stern