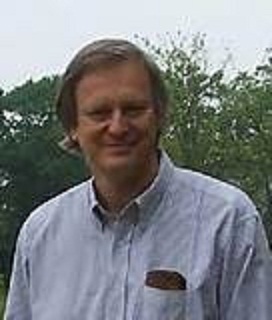 John Bensko was born in Birmingham, Alabama. His father’s career as a geologist took the family to Manchester, Kentucky and Tulsa, Oklahoma, before they returned to Alabama and settled in Decatur. Bensko attended St. Louis University, Auburn University, and the University of Alabama, where he earned a B.A. and an MFA. He studied at Florida State University for his Ph.D., writing his dissertation on “Narrative in the Modern Short Poem.”

He won the Yale Younger Poets Award for his first book, Green Soldiers. It was inspired by his interest in the Great War. Subsequent books reflect themes of marriage and family (The Waterman’s Children) and the writer’s ongoing involvement with the history and culture of the American South, particularly his native Alabama and the Florida panhandle. The Iron City draws on his paternal grandparents’ life in the village of Brookside; during Bensko’s childhood, Brookside residents still spoke Slovak, having emigrated from eastern Europe to mine Alabama’s coal and iron ore.

Throughout Bensko’s work, the personal experience evokes the historical past. “Coal, the rock that burns...” muses the narrator of “Late Shift,” recalling the smoke that pervaded his childhood home. Through metaphors of metal and industry, the poems expose the brutal effects of mining—its “muddy slag”—in counterpoint to a young narrator’s yearning to understand his secretive elders’ belief that “Knives and spoons / must never cross.”

Once, with my grandfather in the silence
of the Russian church, I gazed at smoke
glazed icons of the grim yet passive saints
and whispered: What is heaven?
Nothing we know, he said.
It’s where the dead live.

A recent series of poems inspired by American landscape paintings explores westward migration. A hallmark of Bensko’s work is the singular experience rooted in historical and often tragic fact, such as that of a family swept away, house and all, by avalanche (“The Great Slide,” The Yale Review 91:3, July 2003.)

Bensko’s fiction shows innovation in voice and narrative form. The stories in Sea Dogs are linked by water. Fishermen and fugitives populate tales of chance encounter, desperate love, and violent impulse. In “The Ocean,” a young boy, maddened by love for a motel chambermaid, confronts a guest bent on murder-by-scorpion. In the title story, a man with a pirate’s swagger and a lover’s heart has the chance to rescue or destroy a fellow outlaw.

His career has included teaching positions at Old Dominion University and Rhodes College. Since 1994, he has taught creative writing at the University of Memphis.

Married to the fiction writer Cary Holladay, he has a son, Thomas Bensko, from a previous marriage.