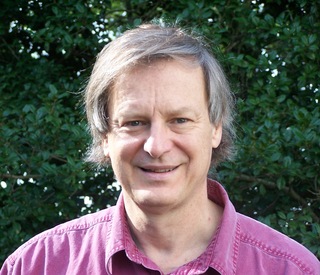 Summer Creative Writing Program in Madrid and Alicante Spain
Link to the Summer Creative Writing Program in Alicante and Madrid Spain where the author teaches in the summer
University of Memphis MFA Program
Link to the page for the University of Memphis MFA program, where the author teaches
Wikipedia Page
Link to Wikipedia Page about the Author

John Bensko won the Yale Series of Younger Poets Award for his first book, Green Soldiers (Yale UP 1981). He has published three more volumes of poetry, The Waterman's Children (U of Massachusetts Press 1994), The Iron City (U of Illinois Press 2000), Visitations (U Tampa Press 2014)(winner of the Anita Claire Scharf Award), and a collection of short stories, Sea Dogs (Graywolf Press 2004).

His work has been anthologized in The Made Thing: An Anthology of Contemporary Southern Poetry; A New Geography of Poets; The Morrow Anthology of Younger American Poets; and The Yale Younger Poets Anthology.

His awards include a Fulbright Professorship in American Literature at the Universidad de Alicante, Spain; the McLeod-Grobe Poetry Prize from Poetry Northwest; an Editors Choice Award from The Sonora Review for the short story "The Ocean"; and a Lifetime Achievement Literature Award from the Germantown (TN) Arts Alliance.

"Bensko writes with a keen eye for quintessential detail."

"Bensko recreates an incident, a moment of feeling, with absolute fidelity."

"What lovely subtleties there are in these pages, what wry and melancholy voices!"

"Bensko's stories are authentic, weighted, and worthy of all we can give them of ourselves."

Many of my books are available signed (at no extra cost) from Burke's Bookstore in Memphis. They can be ordered online or purchased in their store in the Cooper Young section of Memphis. If a book is not listed online, please contact them. It may still be available.